A family pet can add more value to your family than companionship for the children. A well trained guard dog can add a new level of security to your household.
Basically any dog can be a watchdog, that includes those silly little dogs celebrities carries around in their handbags. But all they can do is alert their owners of danger with their persistent ear piercing barks. A guard dog, on the other hand, can be trained to restrain or attack any unwelcome visitor to your home.
If you are serious about your security here is a few of the best guard dogs available in South Africa. 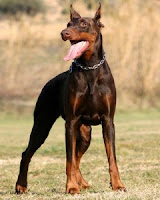 The Doberman’s frequent use as a military, search and rescue, police and guard dog all over the world speaks volumes about this great and versatile breed. This medium to large, squarely built dog is highly athletic and one of the most intelligent dog breeds in the world. Doberman’s are ranked as the 5th most intelligent dog in the category of obedience command training. Dobermans have an unfair reputation of being stereotyped as unmanageable and overly aggressive. They are extremely loyal to their family. As a personal protection dog they are fearless and capable guardians and sufficiently obedient and restrained to only do so on the command of their owner.
Rottweiler

The Rottweiler is an ancient dog breed which originated in Germany and was originally used as herd guards and protection dogs. This is a medium / large breed with compact and powerful body, a broad deep chest and muscular neck. Rottweilers have a fearless and self assured nature. They have generally good temperament if raised by a firm owner. Their credentials as a guard dog are great because of a natural desire to protect family and home. It is an intelligent dog of extreme adaptability and hardiness with a strong willingness to work, making them especially suited as a guardian and companion. The exceptional strength of the Rottweiler makes it a menacing appearance to any intruder.
German Shephard (Alsatian)

German Shephards are one the most recognizable and popular dog breeds in the world. This agile, large and powerful dog is also ranked highly in intelligence and is widely used in police and military roles. German Shephard’s are known for their intelligence. Their protective nature, high trainability factor and physical strength make them a highly recommended guard dog.
Bullmastiff 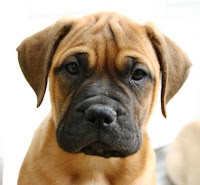 The Bullmastiff is a large and ferocious looking dog of English origin. Their physical power combined with natural guardian instincts are great for families as these dogs can alternate between a capable protector and playful pet.
Boerboel (South African Mastiff)

The Boerboel is a large and powerful dog of South African origin specifically bred as a guard dog. Boerbels have a have strong territorial instinct and due to their calm and confident nature they remain the guard dog of choice for many African farmers. Boerbels are a powerful and headstrong breed and require obedience training from a young age. This breed is highly recommended for strong and dominant owners.
Alarms systems that a specially designed for a household with animals are available from Free Alarms.  The sensors are set in such a way that your dog won’t trigger a false alarm. Modifications can also be made to your current system.

Source: www.dogbreed4u.com
Posted by Unknown at 04:22 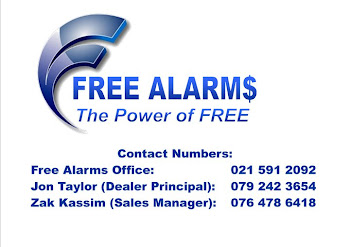